The skin is strained by daily shaves; consequently redness and irritations – the so-called shaving burn – frequently show up. Apart from the visual appearance the pimples and skin irritations will disturb your well-being after the shave as they lead to burning and itching and may even cause skin inflammations. Our skin-friendly after-shave lotion Schutzpatron soothes the skin after the shave, prevents irritations and redness and moisturizes it.   The entirely vegan lotion is made of purely natural ingredients.

Peppermint oil will cool and soothe the skin after the shave. Body’s own Q10 smoothens the skin so that it will be as elastic as the skin of youngsters. The natural urea has a strong moisturizing effect, while particularly dry and rough skin is made silky-smooth by high-quality pure avocado. Natural vitamin E protects from free radicals. Due to its soothing and regenerating effect jojoba oil is considered as proper natural remedy from sunburns, other burns and skin irritations and is therefore especially adequate for the skin care after a shave.

Considering the purely natural vegan ingredients of our Schutzpatron you needn’t worry to use it for the care of sensitive body areas after they have been shaved, e.g. armpits, bikini zone or genital area. Due to its neutral scent it is suitable for men and women.

Containing only natural components of aloe vera leaf and inner gel, this juice is 100% organic. 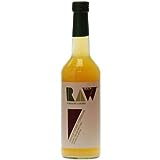 Perfect for salad dressings, sauces or as a health tonic. Mix with a little honey to calm an irritating cough. Gargle with water as a natural way to sooth a sore throat. The pH of undiluted apple cider vinegar is typically between pH 4.25 – 5.00.