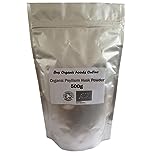 PLEASE NOTE: EACH BATCH MAY SLIGHTLY VARY FOR EXAMPLE COLOUR, TASTE & TEXTURE THANKS. 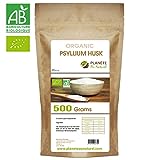 The plantain of the Indies (Plantago ovata), or ispaghul, is a species of plantain originating in India. It is the ispaghul of the French pharmacopoeia which calls psyllium another species of plantain (Plantago afra L.), with brown seed, called “de Provence”. He is often called on the Internet by anglicism “psyllium” (or “psyllium blond” to distinguish it from the true French psyllium) the English calling it “psyllium”. The ispaghul of the French pharmacopoeia designates the seed or seed coat. The term “psyllium” originally refers to three distinct species: Plantago psyllium, Plantago indica (synonymous Plantago arenaria) and Plantago ovata. His country of origin earned him his plantain name from India. It is also grown in Pakistan, but India dominates the world market. Its common name in India is Isabgol. It can also be acclimatized to temperate regions.