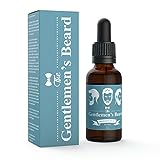 Picture this: You’re having a romantic adventure with the woman in your life, or maybe someone new. Things are going well, and she leans in for a kiss. For you, it’s perfect. But she leans back, rubs her irritated face, and tells you it feels like she’s in love with a belt sander.

This situation used to be inevitable for bearded gentlemen, but not anymore. With this beard oil, your coarse and abrasive facial hair will be transformed into a smooth, sleek work of art. Not only is it absorbed deep into your beard, smoothing and softening with no greasy residue, but it also makes it easier to groom and style. You’ll probably end up in that kissing situation a little more often.

This beard oil doesn’t just look after your hair, it also protects the skin underneath. That means less itchiness when you’re growing out your beard, no more beardruff, and a beard that has a shiny, healthy appearance. It won’t just be softer, it will also be stronger, with less broken hair or stray whiskers. And the best part? Just one bottle will condition your beard for several months.

100% Organic and Made From Natural Ingredients

This beard oil is made from the purest, most natural ingredients we could find. These include the finest Organic Evening Primrose Oil, Pure JoJoba Oil, and Vitamin E from a natural source. All ingredients are organic, and nothing has been tested on animals. Which is good, because this oil would make a grizzly bear as smooth as a pussycat.

Give Some Discipline To Your Unruly Beard – Pick Up This Beard Oil Today!